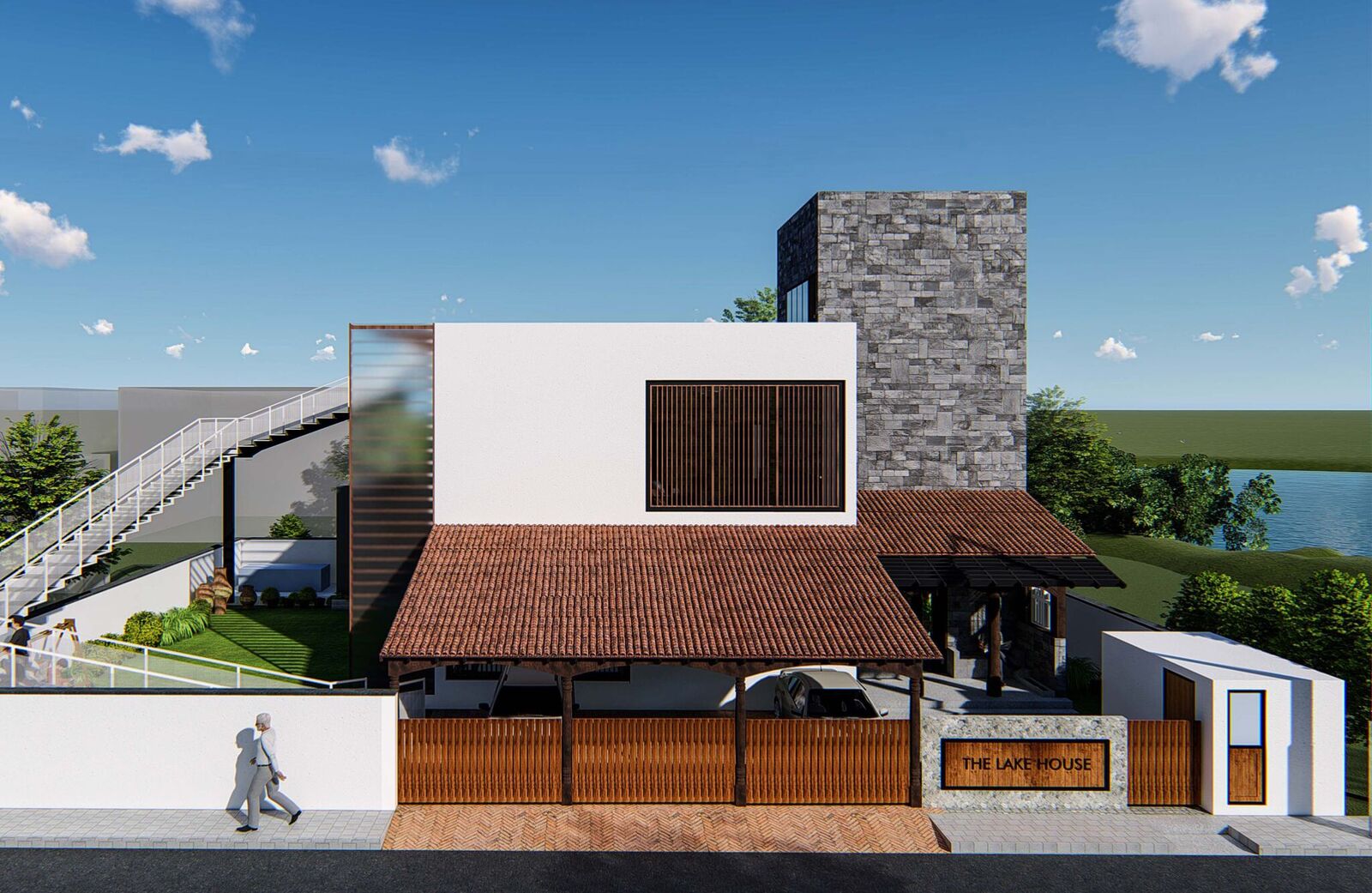 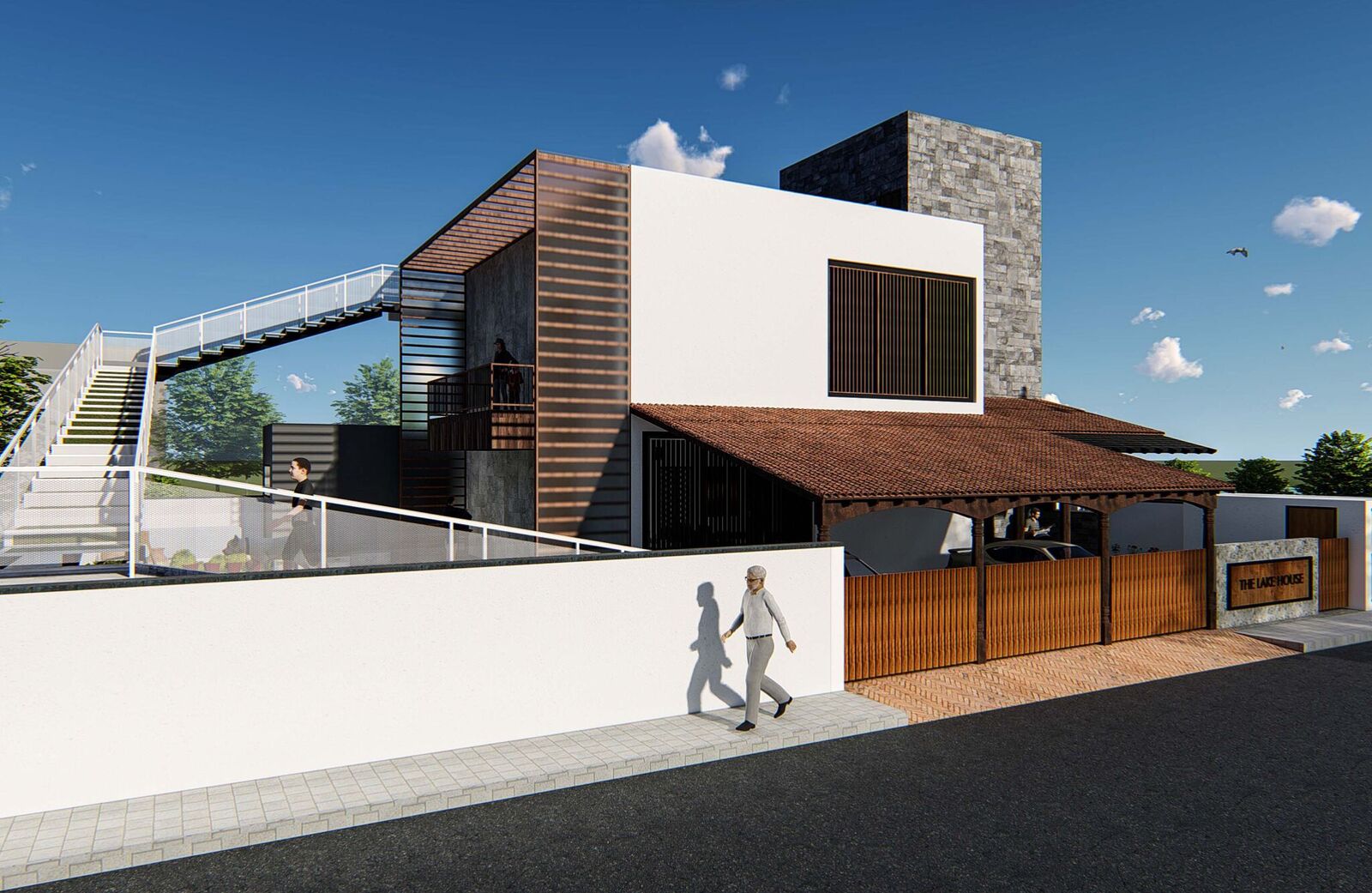 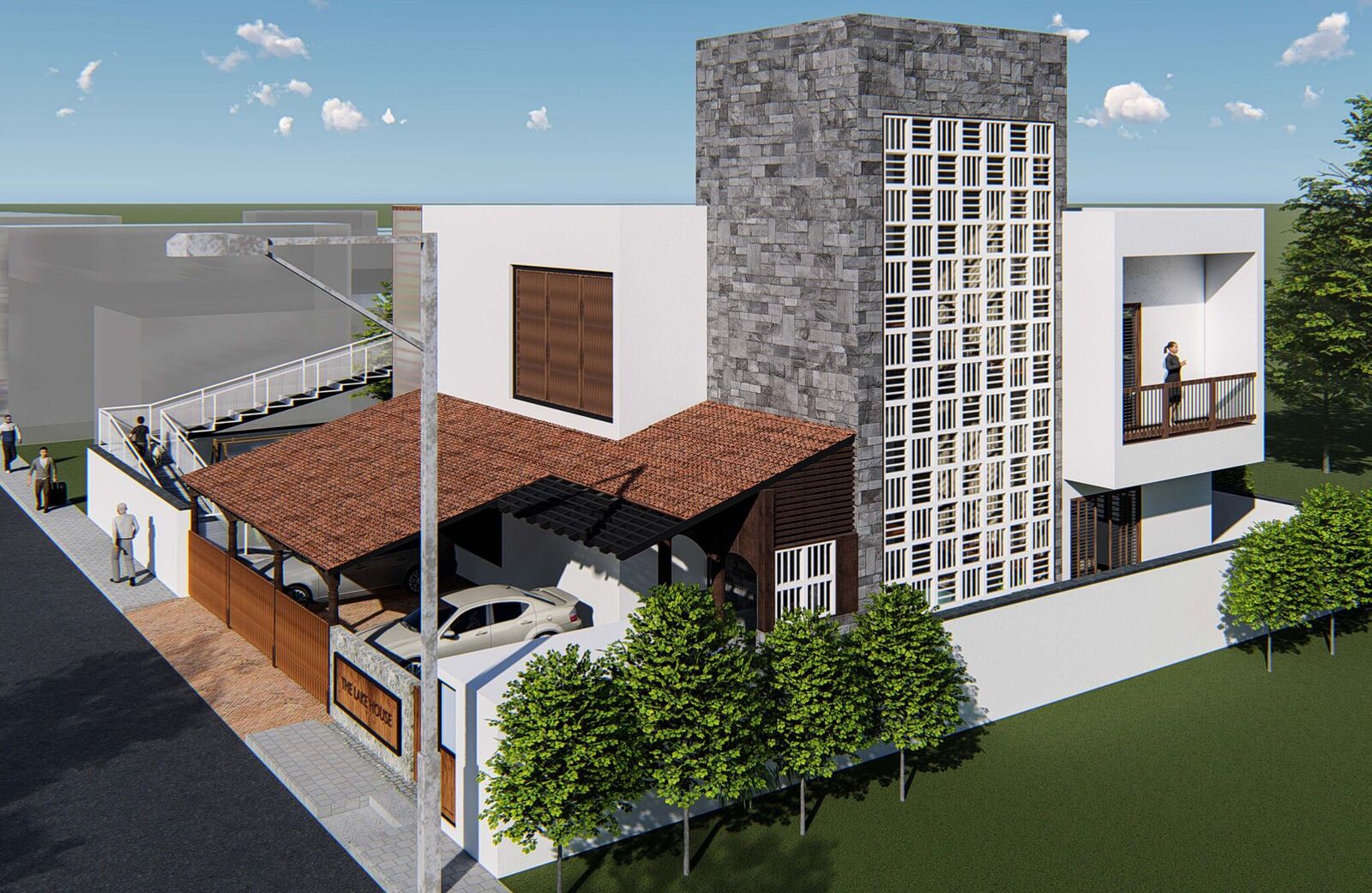 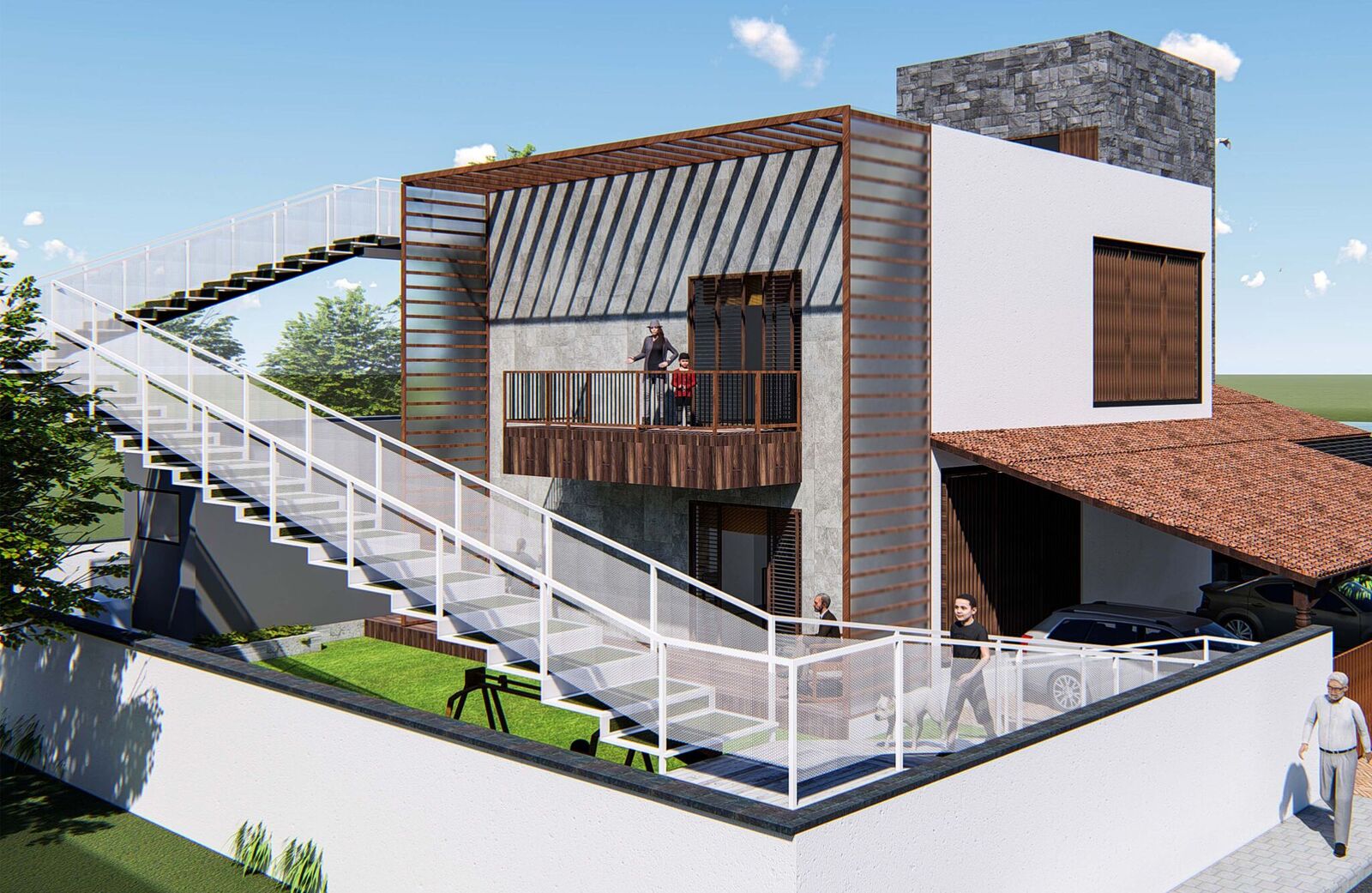 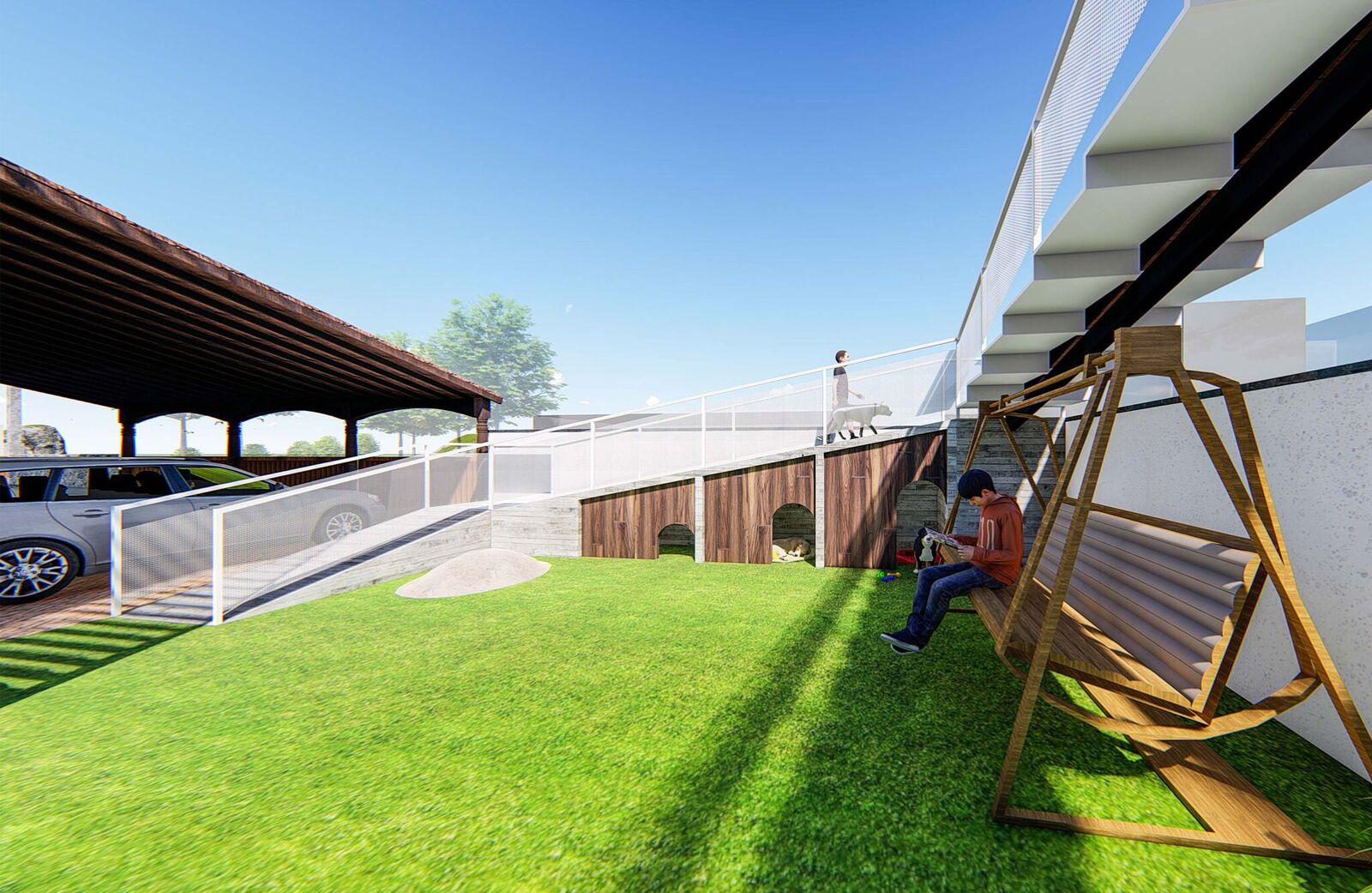 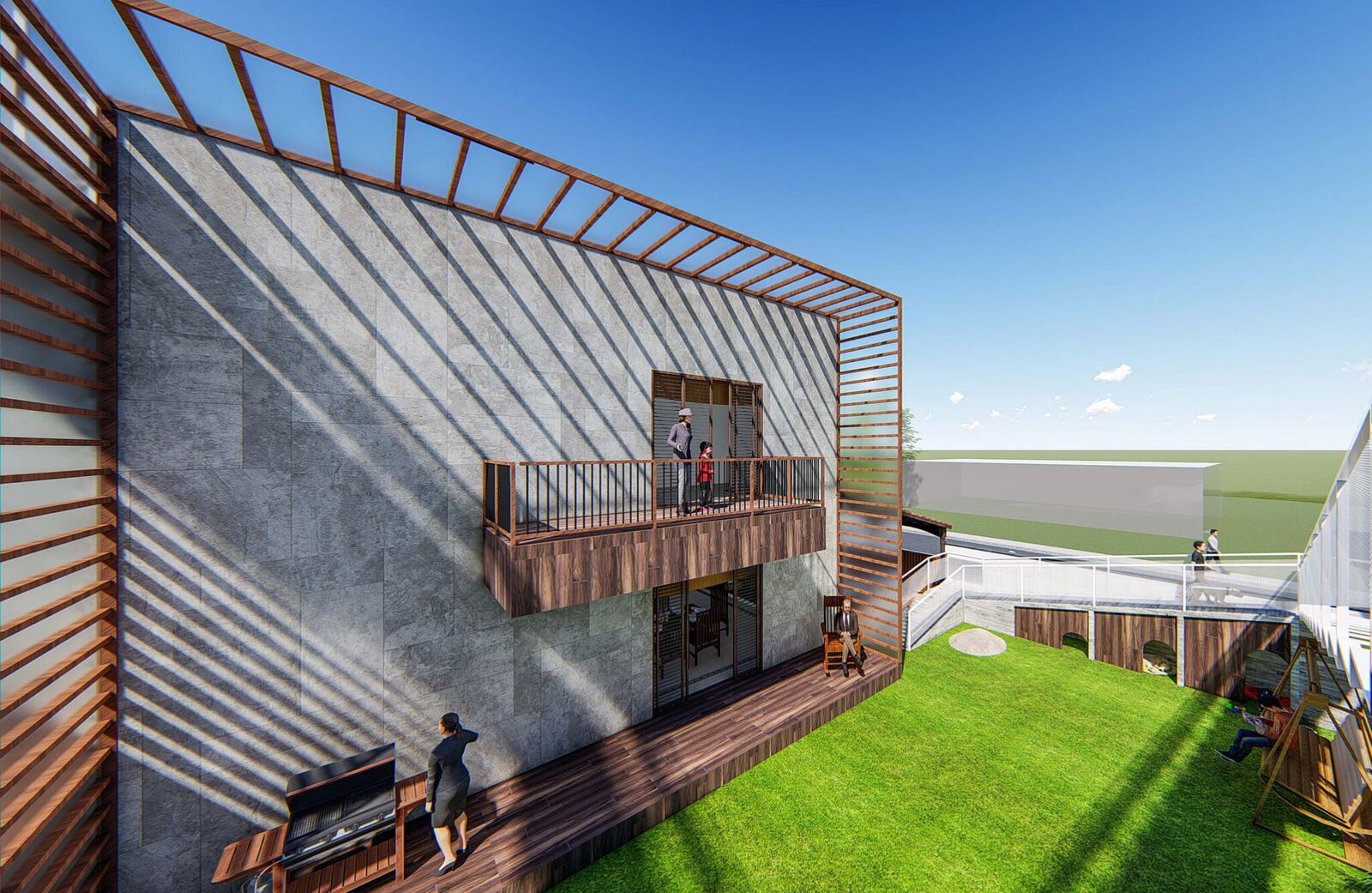 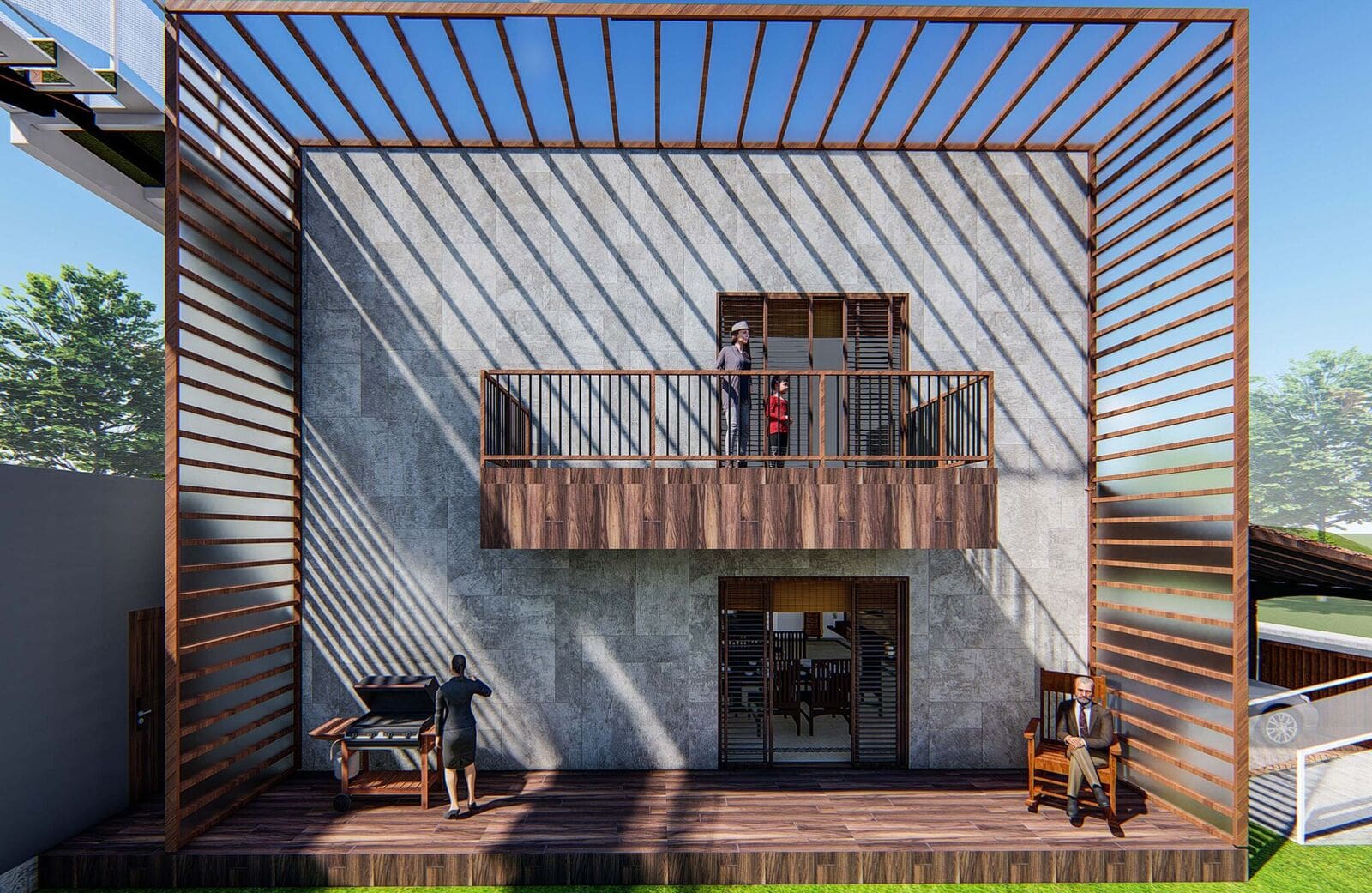 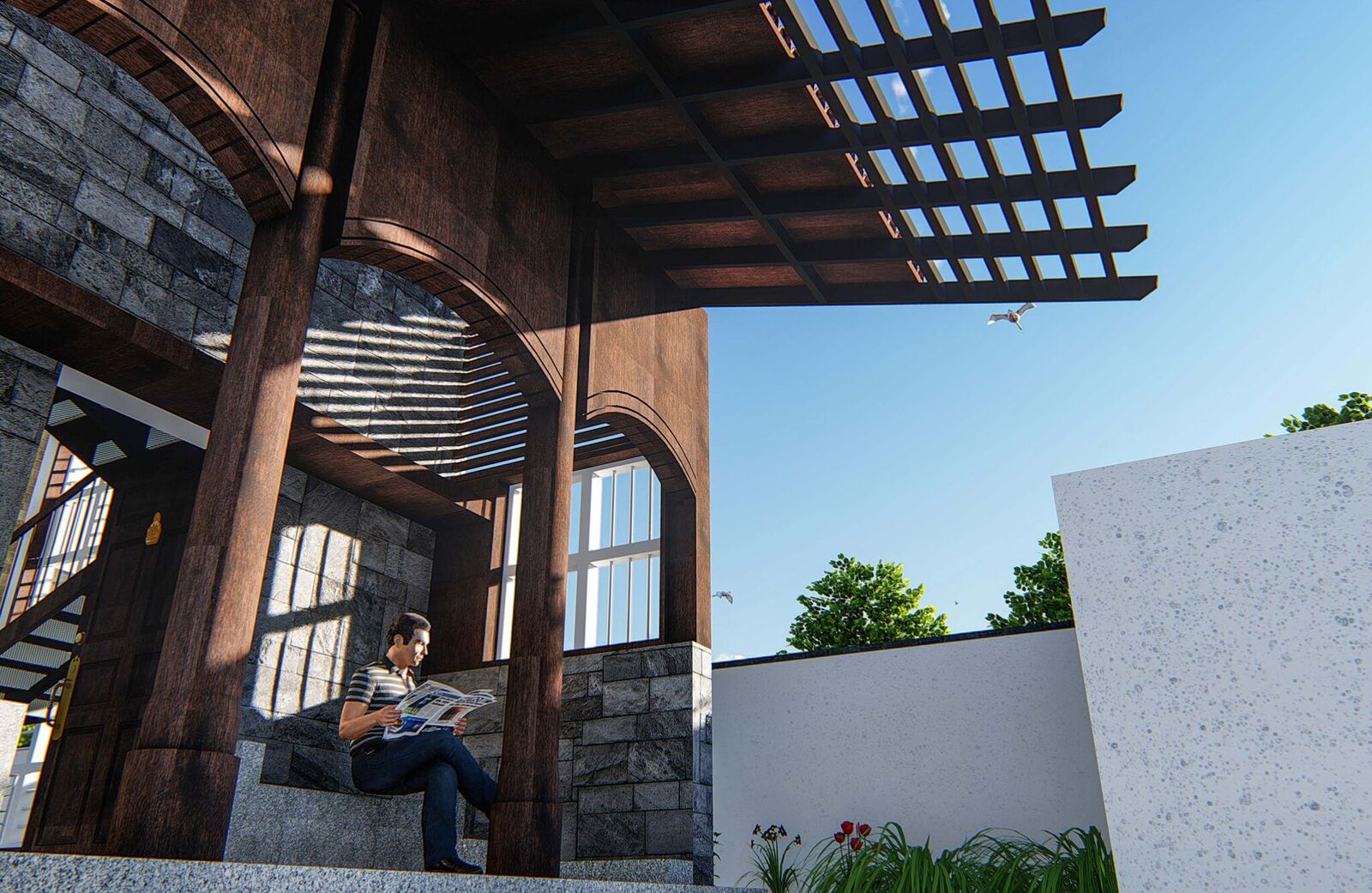 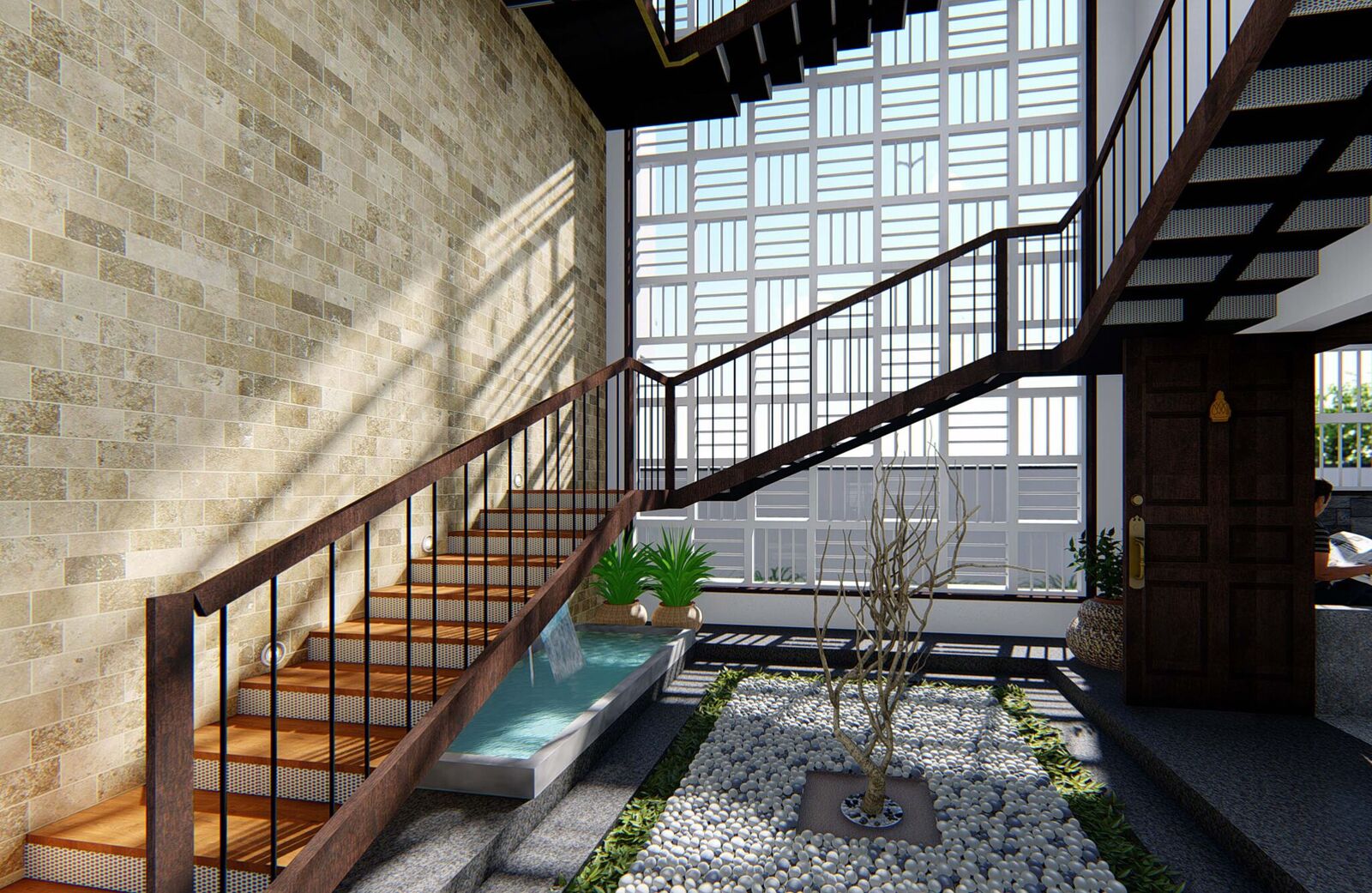 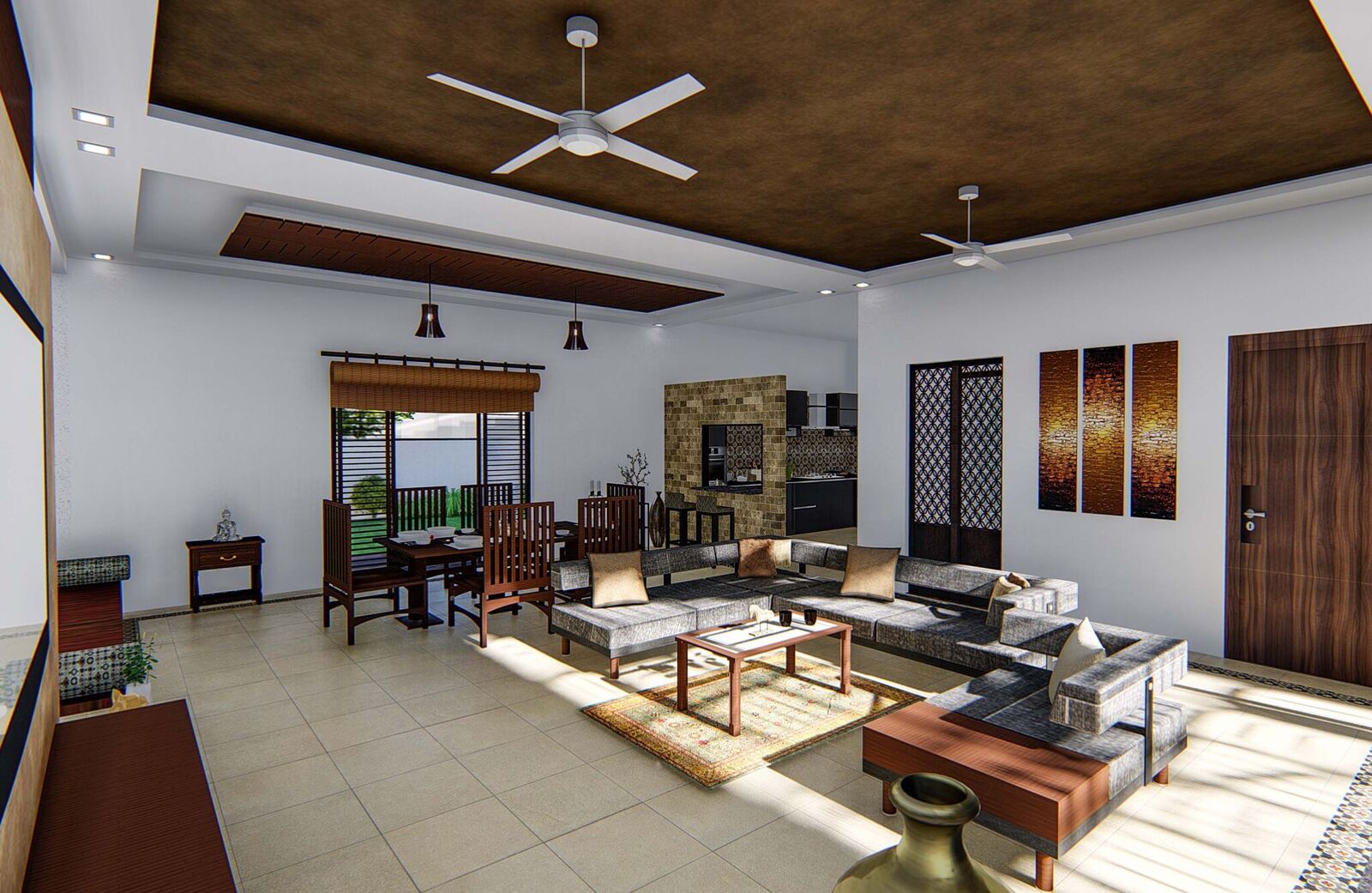 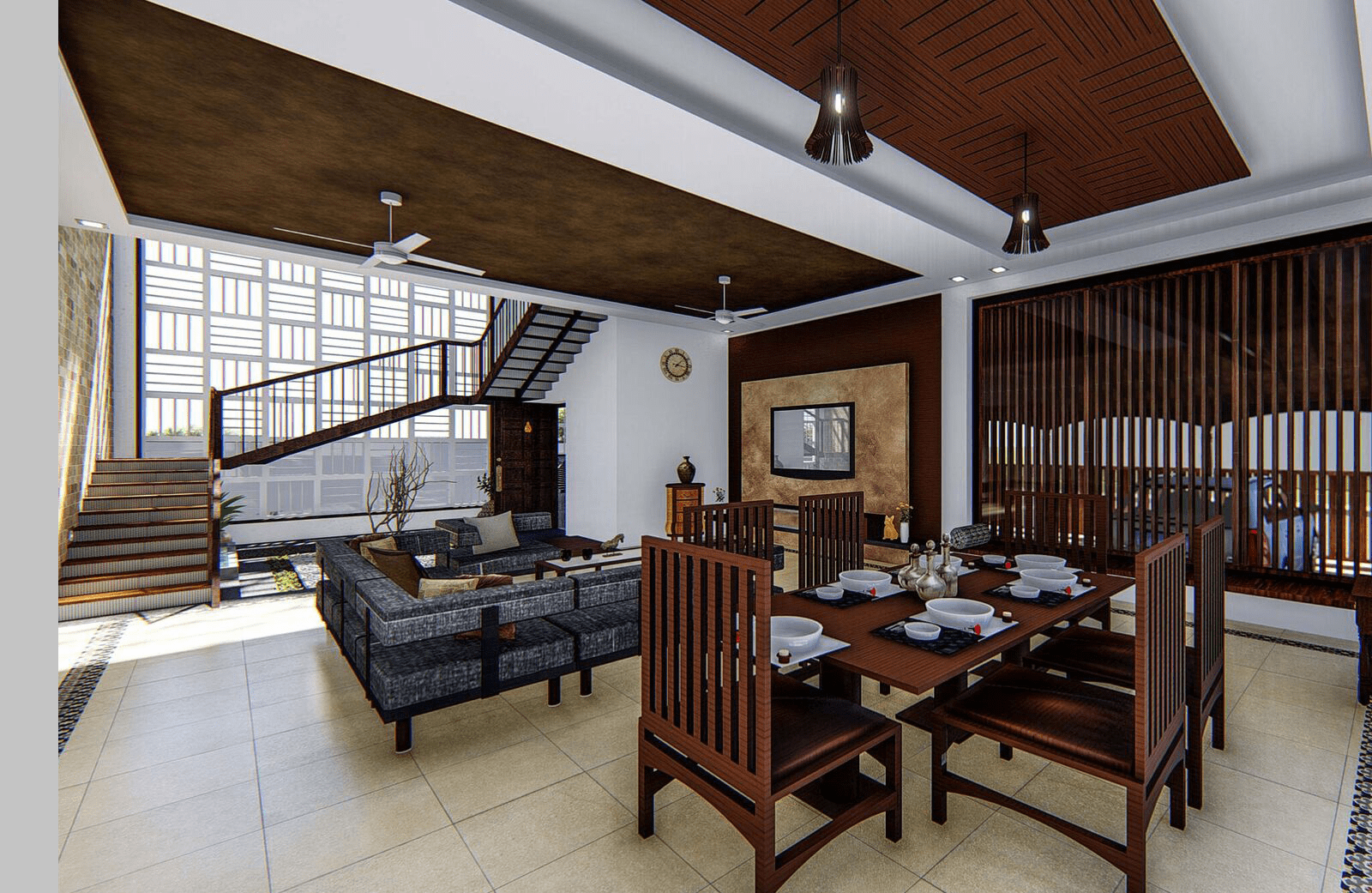 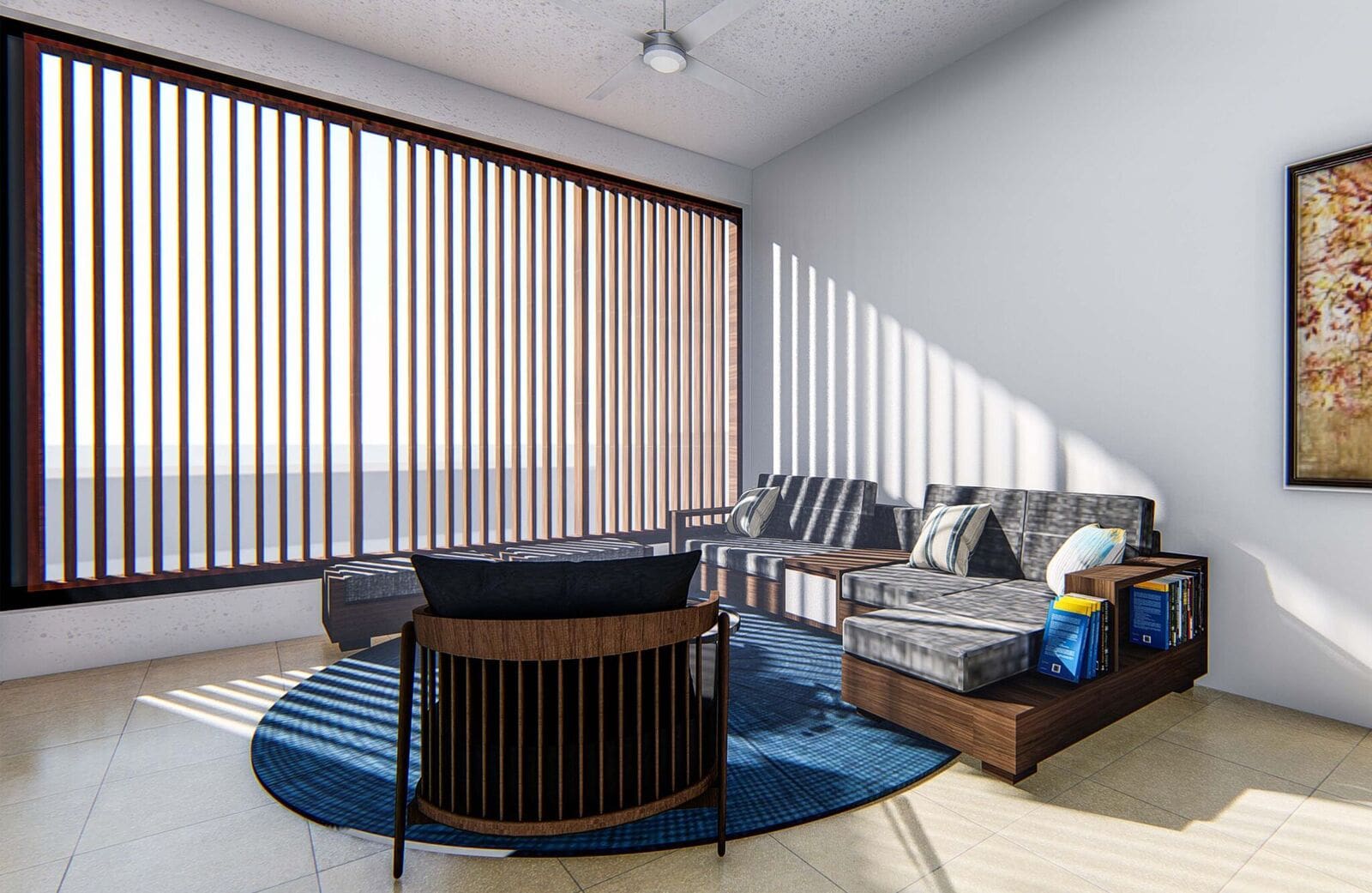 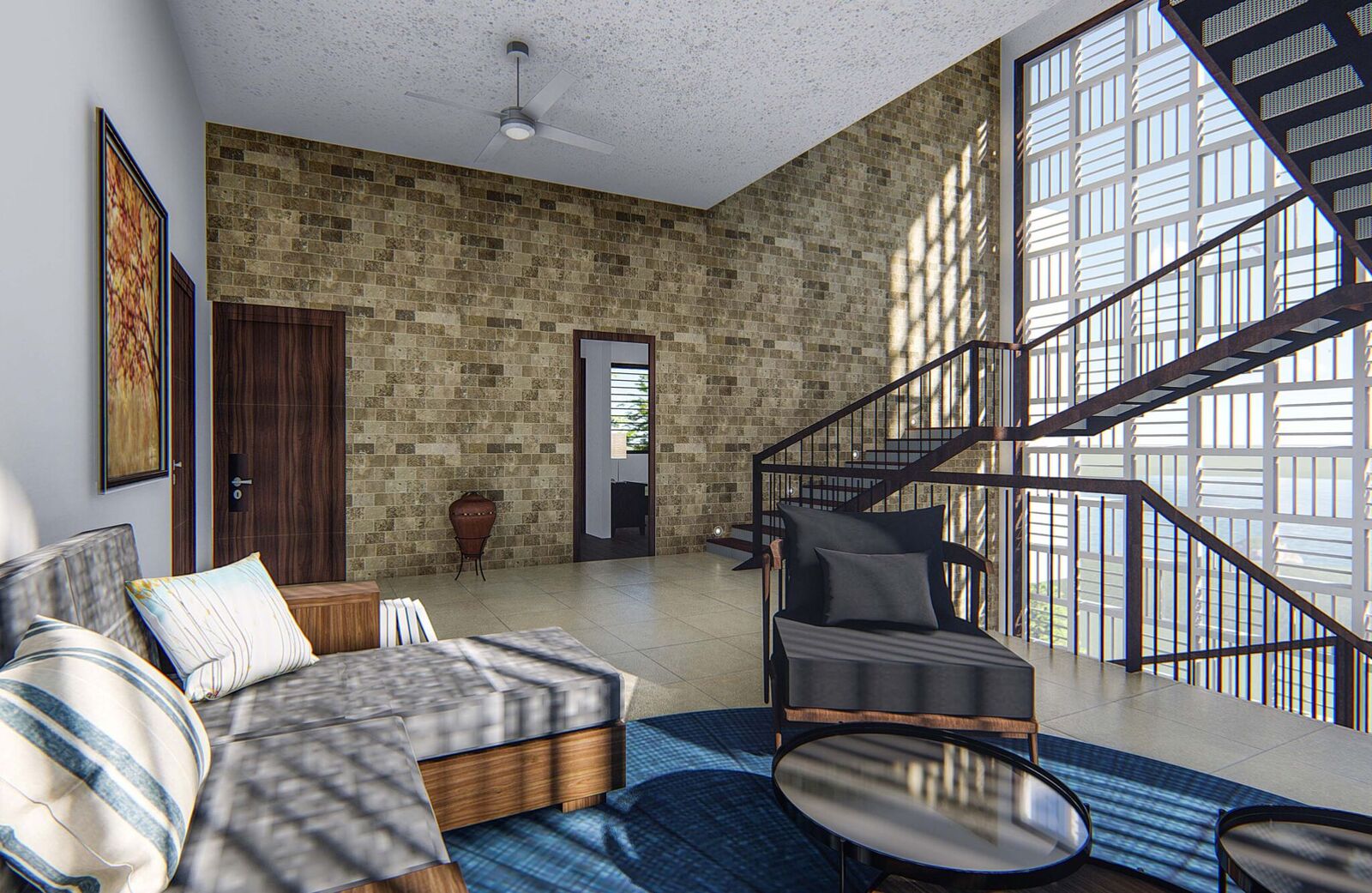 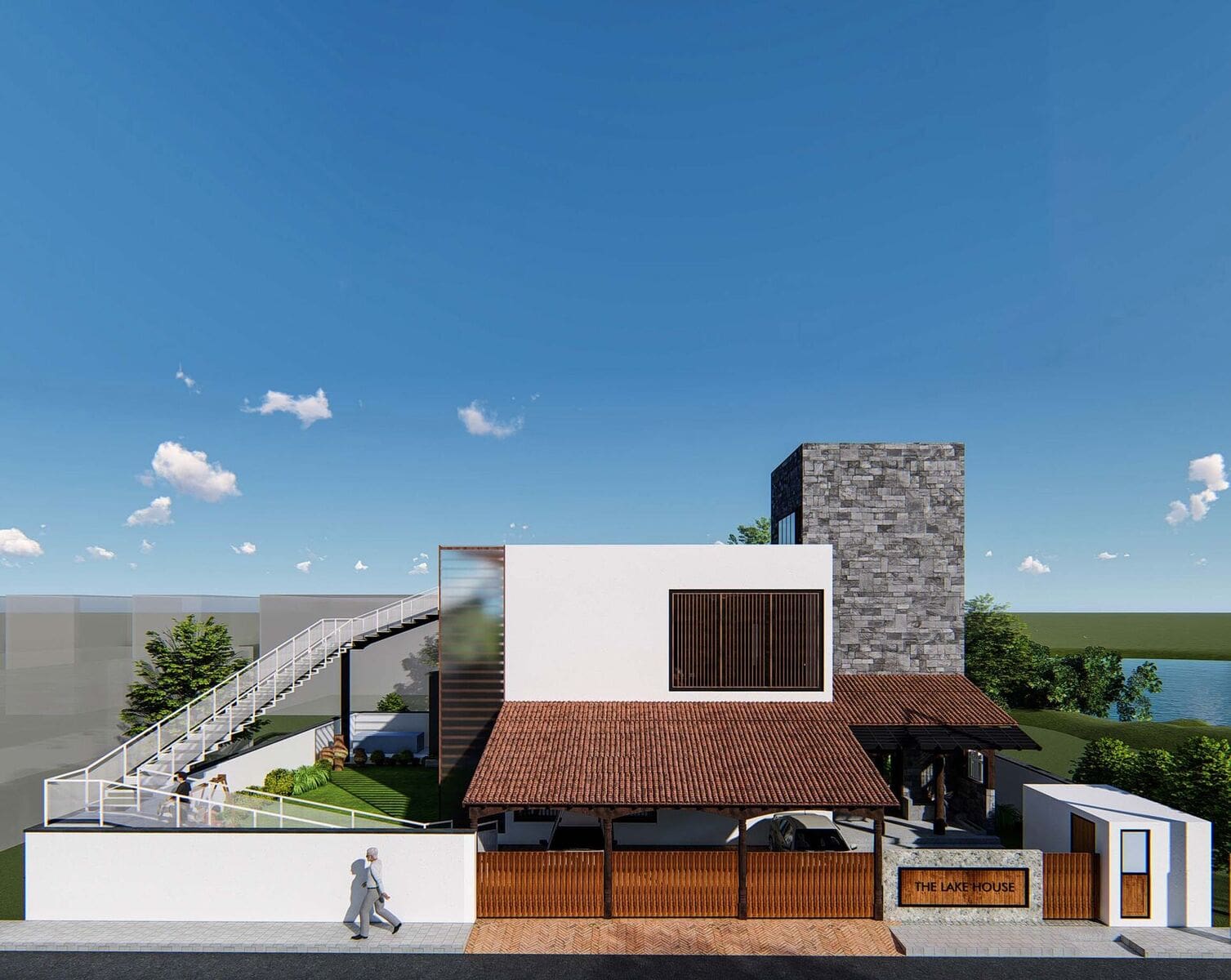 The site is positioned on an ascending Lake side property at Thiruverkadu having a close adjacency to the Lake View. The design of this Lake House places an emphasis on presenting the site’s distinct views , while also providing the desired visual and aural privacy. The Big Family inhabitants with 4-5 Dogs became the deciding and guiding factors for the design and concept for the house.The owners intended to create a fun place for all the dogs they have. The main aim was to create a long ramp which connects directly to the terrace. Half the Ramp accommodates shelter for the dog underneath. The vastness of space and its interrupted connect with the surroundings is the highlight of the project. This project would be a good example of how traditional elements can be in used in modern context. . A narrow width, tall ceilings and full height glazing invite natural light to penetrate deep into the building , minimizing artificial lighting .Helps the dwelling family to connect with nature by being organic in both spirit and content . The design places an emphasis on presenting the sites distinct views , while also proving the desired visual and aural privacy. 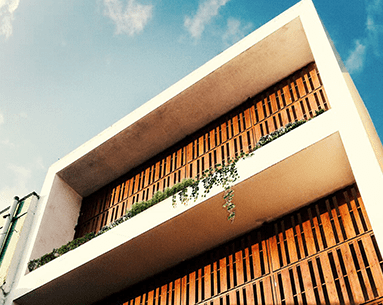 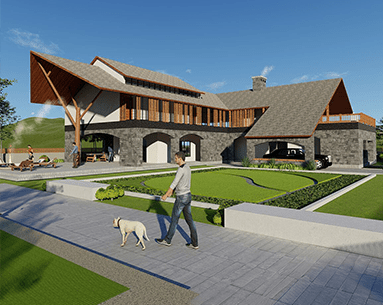